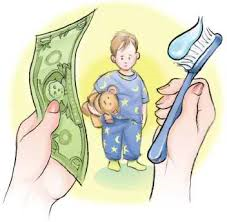 As a mother, bribery has sort of ingrained itself in me. It’s one of those things that seem to happen in the birth process as I mentioned in my earlier post (You better…or Else!). It is part of the ‘Mommy Program’ and includes: The Look and The Threat. Bribery also seems to start at around the same time the above mentioned come into play.

What I did not consider is how it would cross over into my school life as well. I have had my fair share of discipline problems, and decided at one point to ignore the bad- and reward the good in an attempt to promote better behaviour. And so the ‘Bribery and Consumption’ began.

Of course, like with any bribe, you have to consider whether your ‘offer’ will be enticing enough to convince the other party (children) to participate. Naturally I chose sweets, and handed them out at the end of the day to those children who did not disrupt the class and worked hard. It did seem to work, but there are always a few that simply don’t get the picture… and give you puppy dog eyes as you hand out the reward.

With my own kids the ‘offers’ are fairly similar… “If you eat all your food I’ll let you watch 10mins extra cartoons before bed” or “We’re going to visit so-and-so, if you behave and don’t perform when we have to leave I’ll give you a sweet,” and “I’m going to the supermarket quickly, if you promise not to nag me for toys, I’ll let you choose one thing for yourself to eat or drink when I’m done.’ This was also a theme while potty training using the ‘Star Chart system’; “As long as you don’t make in your pants you will get a star, and when you have 10stars you can choose something from the toy shop.” And so you kind of get the picture.

Now, the most important aspect of bribery is this: THE OFFER MUST BE IN PROPORTION TO THE DESIRED BEHAVIOUR/ACT!
As mothers this is fairly simple, we instinctively know ‘how much’ or ‘what’ to offer the child and naturally the age of the child must be taken into consideration. Once again the ‘Mommy Program’ taking full effect.

What I have realised is that the ‘Daddy Program’ seems to lack this rather important aspect. I’m not entirely sure how the ‘Daddy Program’ functions, or if it exists at all. Maybe it is a mythical concept created by women/mothers in order to explain the sometimes strange and irrational behaviour of fathers. If it does really exist, I think it may need some fine tuning from one of our own to iron out the kinks.

Nevertheless my husband is a very hands-on father, and is very capable with the children in terms of feeding, bathing, toilet duty, entertaining and putting to bed. Last week I made an appointment for the boys to get haircuts. This is something I usually do and could not make it on the day. So I asked my husband to take them in to the regular hairdresser who knew our ‘hair cut routine’. I mentioned to him that the little one disliked getting haircuts and that he would need to bribe him in order for him to sit still long enough for the haircut to take place. And to prevent screaming session we usually have. I neglected to mention the type of bribe, or that it needed to be in proportion to getting his haircut. I normally go with “If you sit still and let the nice lady cut your hair without crying I’ll give you a lollipop/ice lolly/sweet/juice.” The offer usually depends on the weather. In any case I made it home just as they were going to leave and jumped in to go along. I was pleasantly surprised at my 3yr olds behaviour. He was well behaved and pleasant, and no crying… 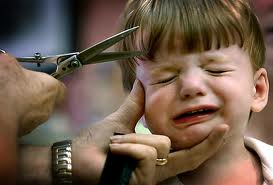 As we left the salon I heard my husband casually say that we could now go to wimpy for waffles, ice cream and milkshake! I looked at him with a very strange look. I laughed and asked why…..to which he replied “Oh I told him if he behaves we could go to for waffles, ice cream and milkshake.” (WHAT??)…”Well you said I need to bribe him!” I agreed and said that I did say that but I didn’t mean such a big bribe! He didn’t quite understand ‘the big bribe concept’. He gave me the same look I had given him a few minutes earlier.

You see Wimpy waffles and Spur outings are my highest level of bribe! The ones I keep for ‘special occasions or emergency situations! He had just totally destroyed my bribery pyramid! And all the while I’m sure he thought that my ‘Mommy program’ needed some fine tuning as well! It’s going to take me ages to undo the damage… if possible at all. As you know kids forget almost everything within a few hours…unless of course it involves ice cream! And until then… the standard has been set- Wimpy Waffles for peaceful salon trips?!
***B!B!***

I am a qualified teacher by profession, studying mostly through UNISA, which I achieved through much discipline and immense support from my family (both immediate and in laws). I don’t particularly like using that term… ‘In laws’… it should simply be FAMILY. Full stop.

After qualifying, I completed my teaching practice with swollen feet, a big belly, and utter exhaustion having being 8 months pregnant with num2. I was really determined as you can see. But the fact that I was having my 2nd baby meant that any career hopes were to be placed on hold indefinitely. As raising 2 children 2years apart would of course require my full attention. I was privileged enough to have the option of being a full time ‘Stay at home Mom’ (SAHM).
3 years later I am fortunate enough to have been offered a temporary teaching post, for just under a term. I grabbed it with both hands and am enjoying it immensely. I have found my calling…

My teaching of grade 4 English has brought me many interesting experiences and so I have decided to share some with you. Firstly the school I am at is a government school in a rural area about 20 mins out of Hoedspruit. It is about as basic in facilities and you can get. I am in charge of 40 children and 3 classes for English therefore 120 in total. This is the experience I was looking for. I wanted to go out into the ‘real’ world of teaching. To the children that are less fortunate. What I’ve realised is that we live in 2 extremely different worlds!! My eyes have been opened to how privileged we are. And most of you reading this will have to agree.

We have a feeding scheme at the school. Every day the kids receive a meal at school. This varies from Samp and sugar beans to Mielie Meal and cabbage. My first few days doing the feeding scheme with my class went off fairly smoothly. On Wednesday however, it was complete chaos. And I stood back wondering what had gotten into the kids that day that made me want to pack my bag and run home! Another teacher came to my much needed rescue, and when things settled down I mentioned that I had no idea why that day was so chaotic. She smiled and explained that it was a ‘rice’ day… I didn’t quite understand and she explained further. Rice is a real treat for the kids as it’s considered a luxury-which was the reason for all the hype, everyone wanted to make sure they had their share. I was taken aback as rice is quite a staple in our home- and for most people I know. For a lot of these children, it turns out, the feeding scheme meal is their only solid meal for that day. Some of them are orphans being raised by extended family members/guardians, or are from single parent families.

There were a few incidents that did make me laugh out loud. For example when discussing a birthday party in preparation of writing a paragraph I could not understand what a learner said due to her strong accent. She had been to ‘spare’ for a birthday party. After some time, one of the boys said to me frustrated, “How teacher?! Spare spare….there in Hoedspruit ….where you eat the food?!” I realised she meant ‘Spur’, and I seemed quite the idiot to them.
On the same topic, I offered some help in saying, “Tell me what you did at Spur? What did you see? What did you eat? What games did you play?” …. as I marked one of their books I found the following: …..I had my party at Spur. I saw white people……..” I could not help but laugh out loud!
I also attempted to teach them the word ‘seldom’ and yes I wrote it on the board and asked them to use it in a sentence, like: we seldom have earthquakes in SA….. I marked the following: We don’t have earthquakes in SA, we sell them.

On discussing the weather, they read a passage from their textbooks which used the word ‘chilly’- I stopped and asked if anyone knew what it meant?……….Silence……… so I asked if it was hot or cold? A boy on my left raised his hand and answered, “Hot”, I immediately said no, and corrected him. To which he replied looking very confused: “Ah Teacher, is hot, it bern your mouth.” I laughed as he wasn’t incorrect. He meant ‘Chilli”

I also realised that the manner in which I carry myself at school is very important. As for a lot of the teachers and most learners, I’m the very 1st person their interacting with personally that dons the ‘Hijab/Headscarf’. I did explain the concept to some of the teachers that were interested, and it was then I realised the responsibility I held. I was setting the tone or the view in which they viewed our religion and Muslims in general. Even though they may have seen us around in town…or on TV … we’re sort of like a rare creature- viewed from a ‘safe’ distance, with different social circles and norms… that they have never really got up close and personal with. And so, the way I express and carry myself is always on my mind, as I’d like to be as true a reflection as possible of the compassion, commitment and beauty of Islam.
After explaining the concept of halaal food, I was approached a few days later by a fellow English teacher. She softly said that she heard me explain that I only eat halaal food and queried whether my veggies need to be ‘halaaled’ as well. I smiled and said that fruits and veggies were fine. She sighed in relief and happily told me she had brought me some organic cucumber, as she noticed I have them every day. 

On my 2nd day at school, while packing up at the end of the day, it seems the class finally developed some courage and a little boy had drawn the short straw. It was quiet and a little boy came to my desk and said to me very softly and fearfully, “Teacher…… Can we please see your hair?”